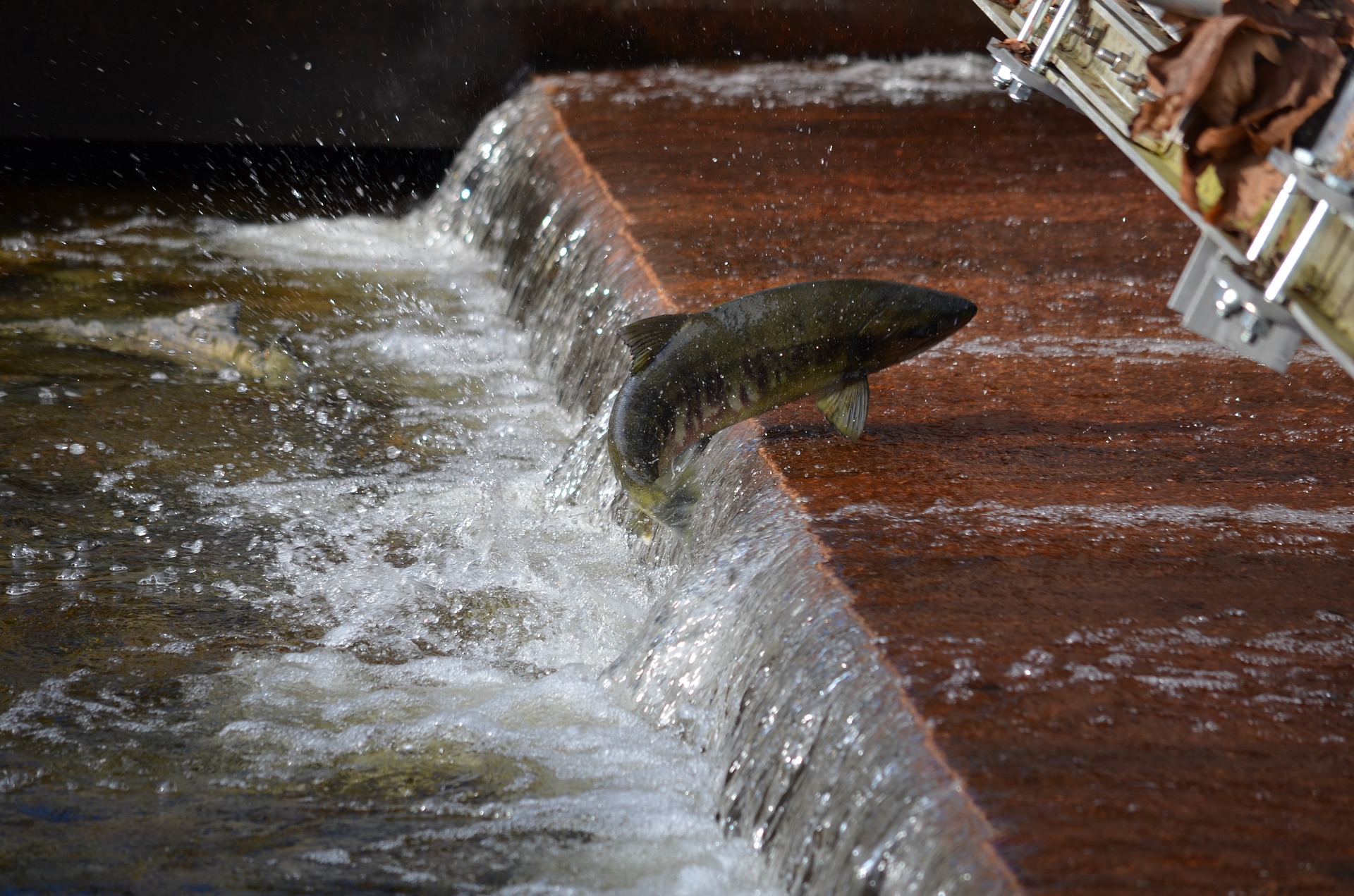 Knowing when trout and salmon spawn is very important for an angler. Spawning fish behave very differently, and you’ll have to alter the way that you approach them in order to snag one. In many places, fishing for spawning trout and salmon is discouraged or even banned.

Read on for an explanation of spawning seasons, as well as how to tell if the trout or salmon that you caught is spawning.

All in the Family

A quick biology lesson here (you can also skip down to the table of spawning seasons). All salmon and trout are “salmonids,” part of the family salmonidae. After that, it gets a lot more confusing. While you might think that trout are one group and salmon are another, they’re actually spread out among three genera. That means, for example, that rainbow trout are more closely related to sockeye salmon than to brown or brook trout.

It might sound like an obscure distinction, but it can help you figure out when each species spawns. The “char” genus (salvelinus), which includes brook, lake, and bull trout, always spawns during the fall. The same goes for salmo, which includes Atlantic salmon and brown trout.

That just leaves their Pacific cousins, oncorhynchus, which are a little trickier. As you’ll see in the table below, there’s a lot more variation in their spawning seasons. As with human families, even close relatives can be very different!

How to Tell If A Trout or Salmon Is Spawning

One of the biggest tells, of course, is the season. If, for example, you catch a brown trout in the early to mid fall, chances are good that it is spawning. But it’s a little trickier to tell for sure on an individual fish. Many anglers have been surprised when they decide to keep a trout, start cleaning it, and discover a big sac of eggs.

While it’s hard to be 100% certain one way or the other, here are a few signs that the fish you caught may be spawning:

There are also some clues you can gather from the stream itself and any fish you see there. Take a look at this video for a clear example of trout spawning:

Look for these indications that there are spawning trout nearby:

Not All Trout and Salmon Die After Spawning

Nature programs make a big deal about salmon dying after spawning. This absolutely happens, but not to all species. In particular, the Pacific varieties of salmon (oncorhynchus) are the victims of this trait.

That doesn’t mean that spawning is a piece of cake for everyone else. Trout and salmon expend a remarkable amount of resources while spawning, and face stiff competition for the best spots and partners. Many die of starvation, exhaustion, infection, and other issues that come up in their weakened state. Predators also exploit their vulnerability during spawning season for an easy meal.

Ethics of Fishing For Spawning Trout and Salmon

Speaking of predators exploiting that vulnerability, fishing during spawning season is a touchy topic for many anglers. There is no other point in a trout or salmon’s life cycle where the fish is both more likely to strike at a lure or fly, and more likely to be seriously harmed by being caught. And since spawning is the way we get more trout and salmon in our waterways, conservationists will usually say to let it happen without interruption.

As part of their instinct to reproduce, spawning trout and salmon will often release their eggs or sperm as a last-ditch effort if they are in danger of dying. Even if you’re planning on releasing a fish once caught, you may end up irreversibly affecting their spawning.

Besides actually catching the fish, wading during spawning can be a fraught affair. Eggs are easily crushed by stepping on them, making it extremely important to watch where you step. And even then, kicked-up sediment can flow downstream and cover over the carefully-cleaned redds, smothering the eggs.

There are ways of mitigating the damage done by fishing during spawning season. For one, it can be argued that fishing for invasive species while they’re spawning is actually helpful for the overall environment. Fishing from the banks, rather than wading, is also a good practice. Most areas harbor multiple species of trout and salmon, often with different spawning seasons. Being careful to target species that aren’t spawning is a great way of taking the pressure off the ones that are.