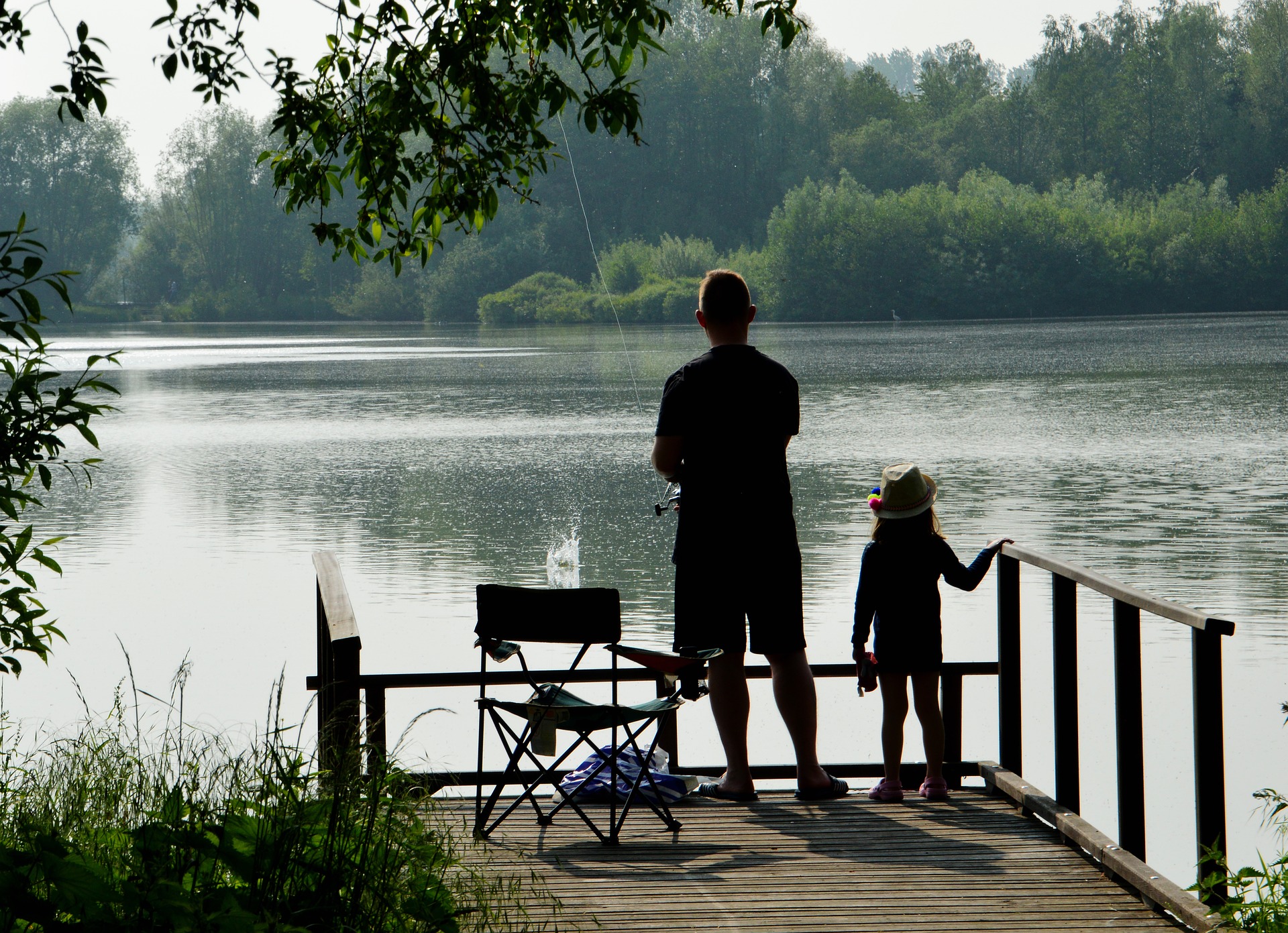 You know the phrase “shooting fish in a barrel?” Well, it’s not that easy to catch rainbow trout in a stocked pond, but it’s not too far away, either. It’s also a great way to learn the basics of trout fishing, basics that will help you catch trout everywhere.

Rainbow trout are the most popular trout to stock around the world, and chances are that they’re stocked in a pond near you. They can be exciting to catch, and pretty tasty, too! So, whether you’re in it for a rainbow trout dinner or just a few hours of fun, read on for how to catch one in a stocked pond.

Where and When to Fish

Some people might see it as cheating, but the best place to fish is usually right near wherever the stocking truck parked. If the conditions are right, the trout won’t stray too far from where they were put into the water. Look for boat ramps or other spots that provide easy access to the water for a large truck.

Once they’ve had some time to settle in, trout will tend towards certain places in the pond:

Get There Early, Part 1

Once you know that the pond has been stocked with rainbow trout, your best chance to catch one is sooner rather than later. Part of the reason for this is other anglers. There’s nothing that gets people running to a pond quite like the stocking truck, and half the fish in the pond might be gone after a few days. Better to get there earlier to give yourself the best chance.

It also takes the trout a while to get adjusted to their new surroundings, which gives you an advantage. In the hatchery, trout are used to being in close quarters with each other. After stocking, they’ll stick together for anywhere from a few days to a week before slowly spreading out around the pond. If you get there early enough, once you’ve seen one trout rise, you’re probably looking at a lot more in that spot.

Newly stocked trout also take a while to learn to eat wild food in their pond. When they’re at the hatchery, they’re fed pellets on a schedule. They may never have eaten a worm or fly. That doesn’t mean that they’ll reject those things; they’ve got instincts that tell them what’s food. But it does mean that a newly stocked rainbow trout will be cruising the pond for something that looks and smells awfully like the PowerBait you’ll use to catch them.

Get There Early, Part 2

As far as time of day, earlier is also better. Trout are most actively feeding in the hours surrounding dawn. Trout don’t like the bright sun, and the water is cooler in the morning. Getting there within a couple hours of dawn is your best bet. After that, the fishing will probably get slower towards the middle of the day. A cloudy day will help a bit, as the trout don’t have to contend with the heat and light of the sun. As the day winds down and it starts to cool off again, trout will start feeding, so the evenings can be productive as well.

Additionally, you might want to bring a few lures with you. Many states allow you to have two or more lines in the water at once. Putting bait on one and trying out a lure on the other is a great way to hedge your bets and catch more trout. Check your local regulations for specifics. Spoons and spinners are the most popular types to use in a pond. We’ll discuss the best trout lures for stocked ponds later down.

If it’s your first time trying to catch rainbow trout in a stocked pond, use this rig. It is dead simple and has caught thousands, possibly millions, of trout for many anglers. The key is in floating the PowerBait at just the right depth for trout to see and smell it. Once they do, you’ve got them. Here’s how to do it:

The bobber makes it easy to see when a trout bites your bait. When you see it moving wildly up or down, you’ve got something. Grab the rod and give it a quick jerk to help set the hook. Don’t jerk it too hard or you risk ripping the bait out of the trout’s mouth. Start reeling in, and you should feel something moving on the end of your line. Congratulations, you’ve got dinner!

Speaking of which, this rig is more suitable for keeping your trout than catch and release. Trout are much more likely to swallow the hook, which raises the mortality rate of released fish significantly. The good news is that stocked trout are there to be taken. This is especially true in ponds, which often get too warm for trout to survive through the summer. So don’t feel bad about taking yours home!

PowerBait is a tried-and-true method for catching stocked trout, but it’s always good to have some back-ups. If the trout aren’t biting, or you want to try something different, tying on a lure is a great option. Since the trout in a stocked pond haven’t gotten used to natural food yet, lures designed to look like specific food animals may not work as well. But spoons and spinners, which rely on more instinctual reactions from trout, work great. Get something in the 1/12-1/4 oz. range to catch stocked rainbow trout in a pond.

Spoons work by mimicking the motion of a wounded fish in the water, an easy meal for a trout. Even though stocked trout won’t necessarily know what a wounded fish looks like, their instincts will tell them to strike. When you cast your spoon out, let it sink for a couple seconds before retrieving it. Try varying your retrieval speed and add in some pauses, jerks, and other irregularities. This will really get their attention!

The Acme Kastmaster is one of the most popular trout lures, and for good reason. It has a motion and flash that immediately grabs trout’s attention. Plus, it’ll get you some nice casting distance, even in the wind. The only issue is that it’s almost as much a weed magnet as a trout magnet.

Since trout ponds tend to be weedy, a weedless spoon like the Johnson Silver Minnow is a great lure to have. It’s got great motion in the water, and won’t slow you down by snagging every time you cast.

Spinners have a spinning blade that flashes and sends vibrations through the water. Again, this hits even stocked trout on an instinctual level.

The Mepps Aglia is a classic spinner that will cast well and run deep. This is key, because once the water starts warming up in the pond, the trout will start dropping down deeper. Smaller sizes will still catch some fairly large trout, and are perfect for the usual 10-14″ rainbow you’ll find in a stocked pond.

The Joe’s Flies Short Striker is a fly and spinner in one. It also stays nice and deep when you’re retrieving it, great for getting down to where trout are hiding. You can vary the speed of your retrieval a lot with these and still get good movement on the spinning blade. Pick up a pack and try out a bunch of different colors to see what works best.

Trying to catch a rainbow trout in a stocked pond is one of the most fun ways to get started fishing. It’s also a great way to spend an afternoon for any angler of any level. But don’t take my word for it. Now that you’re done reading about it, go do it!